Children's Imaginary Friends: Are They Normal? 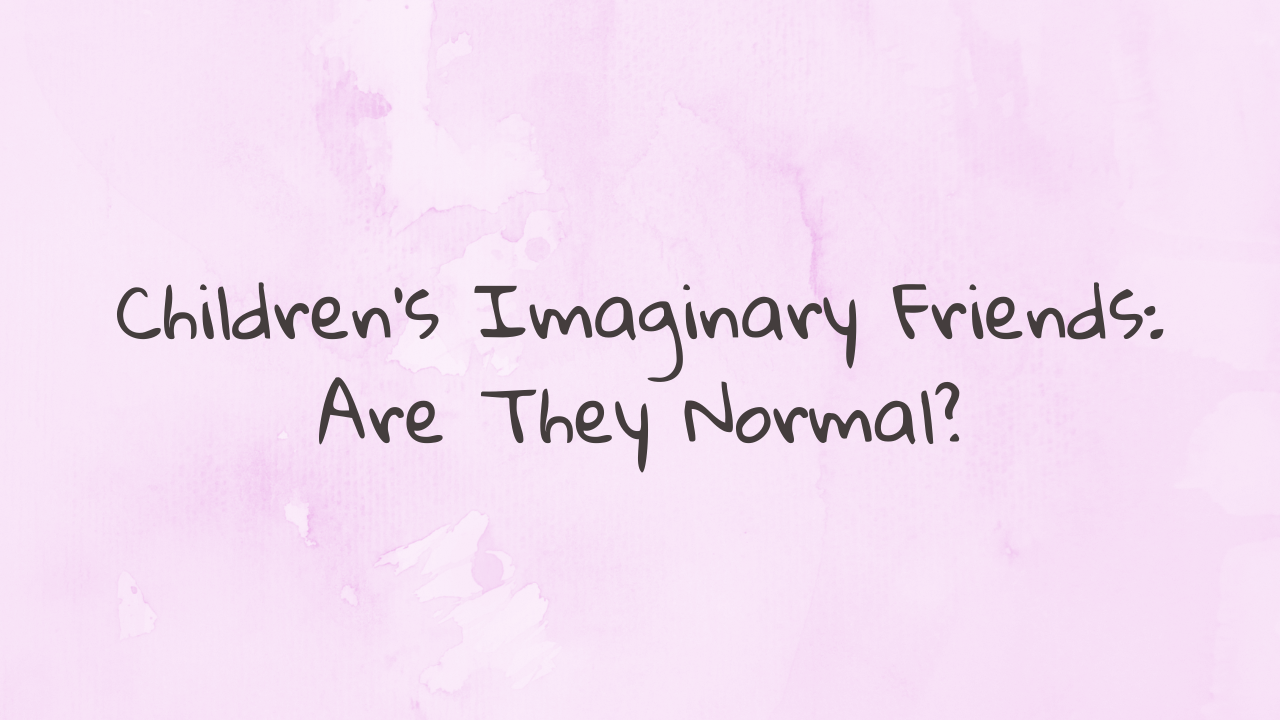 Svendsen (1934), one of the first scientists to address the topic, defines imaginary friends as invisible characters without corresponding objects that children play with for at least a few months1.

While the majority of these friends are humans, some can also be animals. Some are always there, while others are only there on occasion. Some appear to be specific to a specific location and time, such as the place and time played. Despite conflicting findings regarding the number of imaginary friends and the age at which they occur, it is estimated that this condition affects 25% to 45% of children aged 3 to 7 years1. Furthermore, it has been reported that this condition is more common in girls, first-born children, and only children who do not have siblings.

Why Do Kids Make Up Imaginary Friends?

Despite the fact that children with imaginary friends may appear lonely and asocial, research shows the opposite. It has been observed that children who have these friends smile more, are less shy, and are better at empathizing. These children are more creative in tasks like finishing stories, which indicates social thinking. Children may be prone to creating imaginary friends to the point where they prefer to spend time alone rather than socializing. The number of siblings they have and the number of siblings they had at birth are secondary considerations.

Another study of 222 kindergarten students found that 63 (28%) of the children had one or more imaginary friends, which sheds light on the subject in a variety of ways3. Differences between the sexes are also visible. Girls are more likely than boys to have imaginary friends. On the other hand, while boys have imaginary friends of their own gender 3.5 times more than girls, this rate remains more balanced at 1.3.

When we consider whether our imaginary friends are human or non-human, such as animals, we find that 89% of them are people. Boys are more likely than girls to fantasize about nonhuman friends. Looking at the names given to imaginary friends, we can see that they are mostly named after friends, and almost half of their names are learned from television, books, and games. Another finding is that when their friends are present, 93% of children do not interact with their imaginary friends. In this case, it can be argued that children do not need such a thing once they have been socialized. Although the data varies from study to study, it is useful in understanding the overall situation.

What Should I Do About My Child's Imaginary Friend?

Actually, you don't need to do anything. You can learn about your child's interests, wishes, fears, and concerns by simply trying to get to know the imaginary friends. Remember that your child has imagined that friend for a reason. By celebrating this special occasion, you can demonstrate to your child that you value and care about them.

Should You Get Help With Imaginary Friends?

In other words, imaginary friends are very natural in childhood and are not pathological. There is nothing to be concerned about. Your child uses this method to improve their social skills and interactions. It also gives them a chance to develop their imagination and interpersonal skills.