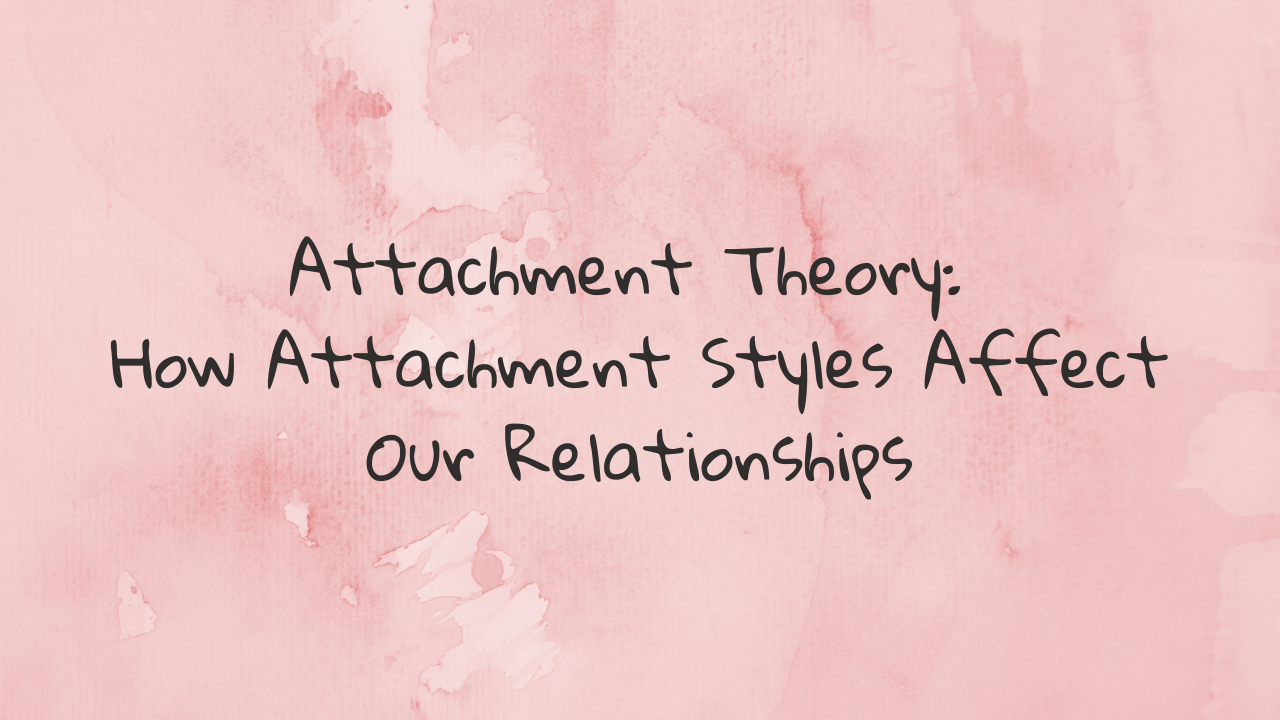 In therapy scenes in movies, TV shows, and books, we frequently hear the phrase Now let's go back to your childhood. So, in terms of psychology, how realistic is this sentence, which has now become a cliché? Our childhood experiences are very important in terms of attachment theory, which has a significant place in psychology. It is a special emotional relationship characterized by the exchange of comfort, interest, and pleasure. John Bowlby conducted extensive attachment theory research and defined attachment as a permanent psychological connection between people. In childhood, the infant/caregiver relationship shapes our early attachment styles.

When compared to other attachment styles, parents of securely attached children spend more time with their children and respond to their needs more quickly. When the parent leaves, the securely attached child becomes upset, but quickly calms down when they return. They always prefer their parents over strangers. They have characteristics as adults such as being able to trust long-term relationships, having a high sense of self-worth, enjoying close relationships, asking for help when needed, and being able to express how they feel.

Children who are anxiously attached, on the other hand, are much more suspicious of strangers. These children exhibit significant reactions when separated from a parent or caregiver, but they do not appear relieved when their parents return. Adults with an anxious attachment style are often hesitant to be close to others and are concerned that their partner is not reciprocating their feelings. Relationships frequently end in divorce because the other person feels cold and distant.

Children with avoidant insecure attachment avoid their parents. These children do not reject parental attention, but they also do not seek it. Furthermore, they do not choose between a parent and a stranger, unlike children with a secure attachment style. Adults who have avoidant attachment tend to struggle in close relationships. These people don't put much emotion into relationships and aren't bothered when a relationship ends. To avoid intimacy, they frequently use excuses such as long working hours. Other common characteristics include an inability to support and communicate with their spouses during stressful times.

Unlike other attachment styles, children with a disorganized attachment style do not exhibit a certain attachment behavior. Their actions and reactions toward caregivers are frequently observed as a mix of avoidance and resistance. These children are sometimes described as acting dazed, confused, or worried in the presence of a caregiver. It is thought that inconsistent parenting may play a role in this attachment style.

The "attachment figure" is the person with whom one has a close relationship. Attachment figures can be romantic partners or close friends during adolescence and early adulthood.

Although anxious, avoidant, or disorganized attachment has been linked to depression and other psychological disorders, attachment style can improve with time. Attachment behavior is defined by various emotional bonds and intensities that vary depending on the person and the context3.

People with avoidant attachment, on the other hand, exhibit behaviors that emphasize self-sufficiency and contentment with loneliness. These people are dissatisfied with their relationships and are unable to fully devote themselves to them. They avoid relationships as well, preferring to be physically and emotionally apart from one another. People with avoidant attachment, like those with anxious attachment, have difficulty solving problems. These people are also apathetic and have low self-esteem. At the same time, it has been observed that these individuals have trust issues.

In adulthood, the person can develop the secure attachment that they could not develop with their parents with their partner. Important factors include the person's level of insecure attachment, awareness of the issue, and willingness to improve their relationships.Even if the person does not choose a romantic partner on a conscious level after becoming aware of attachment and being open to improvement in this space, they may find themselves attracted to a partner with whom they can establish a healthier relationship. Furthermore, there are no clear distinctions between attachment styles. You can evolve to be more secure in a relationship if your partner is more secure!