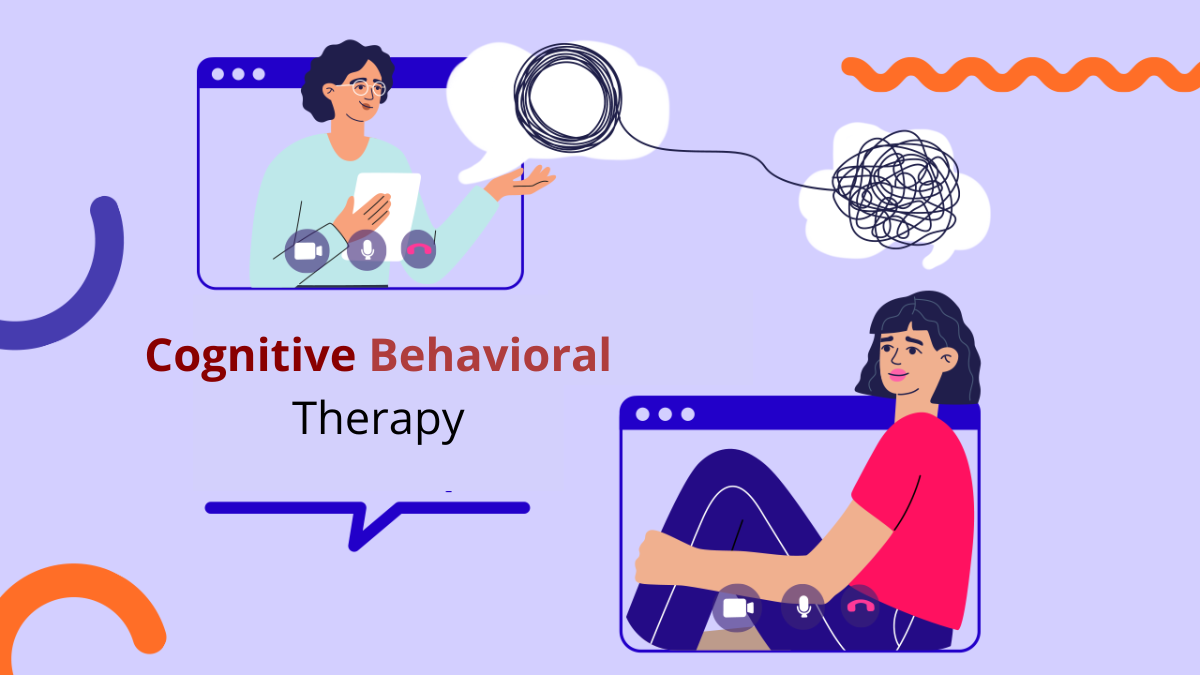 Cognitive Behavioral Therapy (CBT) is defined as a short-term therapy method in which a therapist interacts with a client to help them become aware of negative or distorted thought patterns. According to numerous studies, cognitive-behavioral therapy helps to improve a person's quality of life by helping to improve their ability to regulate emotions. It teaches people how to deal with stressful situations.

Cognitive therapy was introduced in 1955 by Professor Doctor Albert Ellis, who worked in New York and was a psychodynamic therapist before. Ellis realized that dynamic psychotherapy resembled classical behaviorism. According to this, when a person who has been conditioned in a previous period of his life is shown the irrationality of this conditioning, that person is expected to abandon his old behavior. Because studies in animals show that this is possible with re-conditioning.

However, by emphasizing the human ability to think, Ellis emphasizes that the focus of therapy should be the thoughts and beliefs of the person. For example, a child who is valued for getting good grades may realize that this conditioning does not make sense when they grow up, but they may not be able to help themselves from believing that they will be valued only if they are successful.

This therapy by Ellis was later referred to as rational emotive behavioral therapy. In the 1960s, Professor Doctor Aaron Beck argued that the causes of psychological problems were not as complex as stated in psychoanalysis and developed a short-term and result-oriented therapy for depression. In the 1980s, with the contributions of many clinicians, Ellis and Beck's theory was adapted to many personality disorders and pathologies. Again, in these years, cognitive and behavioral theories and approaches were integrated, leading to the emergence of cognitive behavioral therapy.

Nowadays, CBT is widely used in both face-to-face and online therapies. Because CBT is very structured and can self-applied, many mobile applications and websites offering CBT content are on the rise.

Cognitive Behavioral Therapy According to the American Psychological Association (APA)

If we analyse the phenomenon based on the statements of the American Psychological Association (APA), one of the largest organizations that professionally examine the science of psychology worldwide, there are three high priority principles that form the basis of cognitive behavioral therapy.

According to the APA, cognitive behavioral therapy includes strategies to change thought and behavior patterns. Strategies for changing thought patterns include learning to recognize and re-evaluate problematic thinking distortions, better understanding others' behavior and motivation, using problem-solving skills to deal with difficult situations, and developing a higher self-confidence in our own abilities.

When we look at strategies for changing behavior patterns, we see that we learn to face our fears instead of running away, to make a conversation more effective to prepare for potentially problematic interactions with others, and to calm our minds and relax our body.

Cognitive behavioral therapy is a controlled therapy method and does not pose any risk to us. However, some sessions can consume our energy by confronting us with some of our feelings and thoughts. We are able to confront our painful feelings. Of course, this applies to life itself. Just like it is not possible to build muscles without exercising, earn money without working, and get close to our friends without spending time with them, it is also not possible to overcome our fears without facing them and waiting for them to disappear without trying to understand our concerns. For this reason, in exposure therapy, which is a method used within cognitive behavioral therapy, the person is confronted with the situations they avoid, starting with small doses.

We should not forget that experiencing feelings and situations such as being restless, sad, angry, or crying during therapy is a part of the process. By experiencing these feelings when appropriate, we understand our pain, face them, and thus, change. Confrontations are part of the process, but they should be done in a way that does not make us exhausted or does not distract us from therapy.

Some Techniques Used in CBT

Since cognitive behavioral therapy is a goal-oriented approach, unlike some other therapies, a roadmap can be drawn about how long it will take in the first sessions. It can be said that it takes approximately 8 to 16 sessions. The average number of sessions may vary depending on the reason that brings the person to therapy, the severity of the disorder, their personality traits such as being open to change, and a number of other factors. With the desire and effort shown during therapy, it may also be possible to complete therapy earlier than expected.

In addition, you can speed up your therapy process by getting support from your loved ones. In cases where you resist and avoid confronting some feelings and thoughts, you are not open and honest enough with your therapist in issues related to therapy, and you do not make the effort to make therapy effective, your therapy process may take longer than expected. It's also important to get checked at certain times, like 3, 6, and 12 months after the therapy is over, to get a better result in the long run.

It can be said that the biggest gain that cognitive behavioral therapy will give you is the strength to deal with the problems in your life rather than destroy them. Thanks to the therapy, you first get to know the problems that make your life difficult in more detail. You can experience extinction by catching automatic thoughts that cause problems.

This way, you will also make your intense emotions go extinct such as fear and anxiety that your automatic thoughts once triggered in you. When you look back on some of the thoughts that you considered to be true, you may find that they don't make that much sense to you anymore. Thus, it will be possible for you to get rid of the illusions of absolute truth, to have more tolerance towards other beliefs and ideas, and to stop stereotyping people.

You can start to focus on how your life is rather than how it should be. As you learn to work on yourself and listen to yourself, you become more and more self-aware. You may realize that you can describe what you want in a better way, that your body or mind needs a break when it gets tired, that you notice the fullness in your stomach better when you eat too much and that you actually don't want to eat more. As you do better in therapy, you may feel more confident that you can solve other problems.