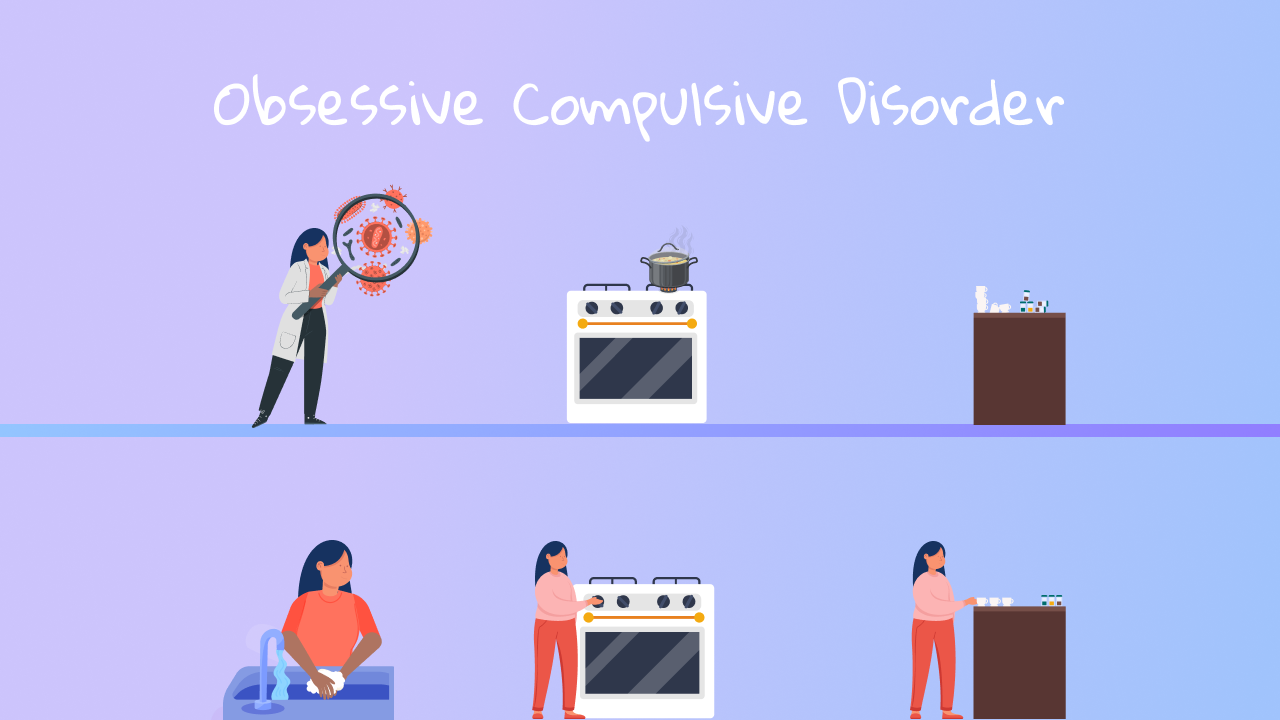 What is Obsessive-Compulsive Disorder?

Obsessive-Compulsive Disorder (OCD) is a chronic disorder characterized by uncontrollable and repetitive thoughts (obsessions) and repetitive and persistent compulsions.

Obsessions are thoughts that are unwanted, persistent, disturbing, and uncontrollable. Obsessive thoughts occur spontaneously in Obsessive-Compulsive Disorder (OCD), and as people try to avoid these thoughts, obsessions occur more frequently and intensely. Most obsession sufferers are aware that their thoughts are irrational, but they are unable to stop them. This is also known as obsession disorder.

Compulsions, on the other hand, are compulsive responses to anxiety caused by obsessions. These reactions manifest as an insatiable desire to engage in various behaviors. People cannot help themselves from engaging in these various behaviors in order to alleviate the anxieties caused by their obsessions, and they create rituals consisting of these behaviors. These behaviors are repetitive and aimed at reducing anxiety. Individuals waste a lot of time and lose functionality as a result of these rituals, which can take hours.

Because of the routines they must follow, patients with Obsessive-Compulsive Disorder are frequently unable to devote enough time to their daily work and responsibilities. People initially believe they can deal with the situation because the disorder is not so severe that they lose functionality. Obsessions grow, develop, and sometimes change shape over time. When OCD worsens, it can be quite destructive, unpleasant, and frustrating.

What are the Symptoms of Obsessive-Compulsive Disorder?

Since both obsessions and compulsions characterize OCD, it is best to address their symptoms separately.

One of the most common obsessions in obsessive-compulsive disorder is contamination. Contamination obsessions do not imply meticulousness, as some may believe. People are afraid of contaminants like viruses, dirt, urine, feces, and bacteria. They don't go outside very often because it's too dirty for them. People develop cleaning habits in order to suppress these attachments. People with this type of compulsion are constantly cleaning and washing, but it never feels like enough.

People who have aggressive obsessions are terrified of hurting themselves, their loved ones, or others. Because of their fears, people with this obsession avoid the presence of all kinds of objects that can harm them, and these objects are not found in open areas of their environment. Aggressive obsessions prevent people from doing things like climbing high places, standing on a balcony, or using a knife in the kitchen.

Sexual images embarrass or disturb people who have sexual obsessions. These are typically images that can be condemned and rejected by society.

Obsessive thoughts about sin are common in religious obsessions. These people are unable to overcome thoughts of sin and thoughts that are considered sinful.

Age of Onset in Obsessive-Compulsive Disorder

Although it is initially a controllable and manageable disorder, people are slow to seek medical help. Obsessive-Compulsive Disorder is a disorder that can manifest itself as early as childhood. Although this disorder is most common after the age of 20, it has been observed in 15% of patients over the age of 35. OCD has been estimated to affect between 2% and 3% of the population.

Although the cause of Obsessive-Compulsive Disorder is still unknown, two factors have been identified as being important in the disorder's emergence. These are biological and environmental factors. According to biological studies, obsessive-compulsive disorder patients have lower serotonin levels than healthy people. Environmental factors, stressful events, traumas, and major life changes can all trigger obsessive compulsive-disorder or worsen existing mild symptoms.

Scientific studies have shown that behavioral therapy methods are effective in addition to drug therapy in the treatment of OCD.

False beliefs and automatic thoughts, which are at the root of obsessions, are identified and corrected in the cognitive component of Cognitive Behavioral Therapy (CBT). Behavioral therapy helps 80% of OCD patients. The goal of this therapy is to accustom the OCD patient to the obsessions that they avoid and to prevent the compulsions that these obsessions cause.

In behavioral therapy, reaction prevention and delay are critical. That is, if the compulsions can be delayed and the obsessive-compulsive disorder patient can tolerate them, these skills will develop gradually and anxiety will decrease accordingly. With this therapy, the person being treated is asked to list the level of discomfort of their obsessions and compulsions; goals are set, and behavior is changed by assigning the person more difficult tasks as these goals are met.

Before beginning this process, informing the client that it may be stressful is important, but if they bear it, the stress will be reduced. Some of the methods include preventing avoidance, going after obsessions via imagination, confronting obsessional thoughts rather than destroying them, leaving the flow of thoughts alone, writing down the patient's worrying thoughts, listening to them over and over again, or reading what they wrote.

To increase the level of serotonin in the brain, SSRI type antidepressants, which are serotonin reuptake inhibitors, can be used in the treatment of OCD patients.