What is Bipolar Disorder? Causes, Symptoms, and Treatment Options 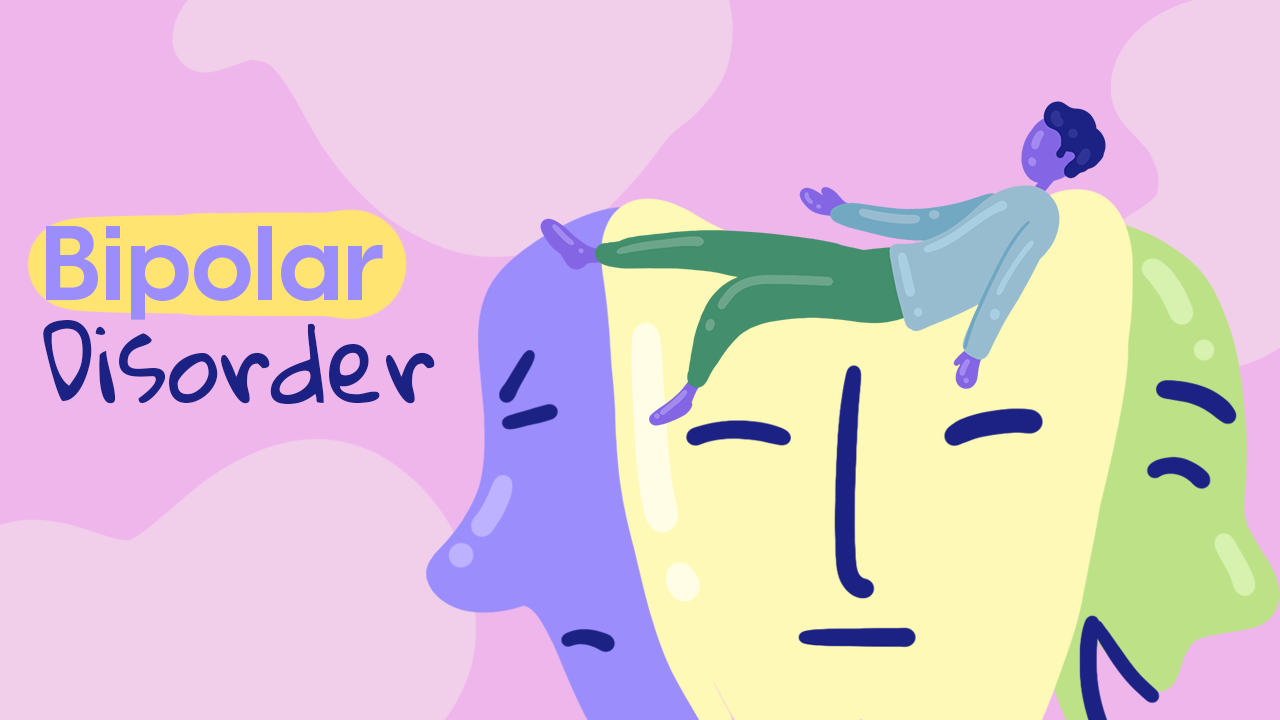 What is Bipolar Disorder?

Based on research and clinical observations conducted around the world, it can be said that bipolar disorder occurs equally in men and women, and usually occurs during adolescence and early adulthood[1].

In bipolar disorder, mood episodes that first appear during adolescence or early adulthood may recur later in life. However, repetition does not proceed in a certain order. Based on scientific studies and clinical observations, it is assumed that it can always reoccur. Because of this, it is a mental disorder that lasts a person's whole life and should be treated with talk therapy and drug therapy.

Manic episode is one end of bipolar disorder. The reason why this mood period differs from other emotions is that it differs from other emotional states in terms of intensity and duration. Emotions such as being happy, sad, or angry develop and are experienced instantly. However, the manic episode has long-lasting effects on the person who is going through it. These effects can make it hard for the person to function in daily life.

How can we understand the onset of the manic period, also called the bipolar crisis? When individuals enter the manic period, they exhibit an overly enthusiastic and overflowing mood. However, when people are too excited, they can get very irritable and even angry if you don't do what they want or what they have planned.

In addition to the symptoms that manifest themselves in mood, some behavioral symptoms are also observed. Behaviors that are avoided in daily life under the influence of cultural values and social norms or that do not fit into the daily lifestyle of individuals can be exhibited in manic periods without being controlled[1]. For example, people who are not interested in politics or religion may act irrationally on these issues. Furthermore, manic episodes are defined as periods in which speech and speaking rates increase, money is spent without thought, and shopping behaviors are common[1].

During the manic period, you may have mental symptoms like racing thoughts that you can't stop, being easily distracted, and having more self-confidence than usual. You may also have physical symptoms like less need to sleep or [1]psychomotor agitation[2], which is restlessness.

In addition to the symptoms, clinical observation and an interview are required to diagnose a manic episode. When giving psychological help, it will be helpful to find out how long the manic episode lasted and how it affected the person's social or work life.

What are the bipolar symptoms of a manic episode?

Similar symptoms are observed in the hypomanic period as in the manic period: an exuberant and exuberant mood, irritability, decreased desire and need for sleep etc.[1].

Research has shown that the manic episode that can be experienced in bipolar disorder is more pronounced and prolonged than the major depressive episode, compared to the hypomanic episode[3].

Major depressive episode is a period characterized by symptoms such as depressive mood, decreased interest and pleasure in all activities, increase or decrease in weight, appetite, and sleep, psychomotor agitation, fatigue, loss of energy, guilt, impaired attention, and suicidal ideation or planning. [5].

There are two types of bipolar disorder:

The second type of bipolar disorder is one in which full-blown manic or mixed episodes are not seen, but hypomanic and major depressive episodes are observed.

It is possible to mention that, in addition to genetics, neurochemical, neurophysiological and neuroanatomical effects, and hormonal mechanisms are also very influential among the biological causative factors.

Psychologists are interested in psychological and social causal factors as well as biological causal factors, and they are getting more information about them. For this reason, we will discuss this further. According to studies, stressful life events play an important role in the emergence of bipolar disorder[4]. In addition, the personality traits and cognitive characteristics of individuals also affect their psychological resilience and their reactions to stressful life events. For this reason, people become vulnerable to severe mood reactions and episodes of bipolar disorder.

As mentioned above, bipolar disorder is a psychological disorder with high biological causative factors and genetic transmission. For this reason, the inclusion of psychotherapy in the process, in addition to the pharmacological treatment needed at the time, under the supervision of a doctor, will help to obtain very beneficial results, since the symptoms of the disease have different episode characteristics, so drugs alone are often insufficient. Considering the prevalence and ineffectiveness of drug treatments together, psychosocial interventions are very important in the treatment of the disease[6].

According to research, although the effectiveness of psychotherapy, especially Cognitive Behavioral Therapy (CBT), against symptoms that develop acutely in the manic phase of bipolar disorder is a matter of debate, it has been shown that they are quite beneficial for bipolar disorder apart from this process. CBT has been shown to be beneficial and preventive in bipolar disorder, a recurrent disorder, due to its psychoeducational aspects, such as controlling disease symptoms and providing the individual with coping methods[6].

In addition to CBT, psychotherapy methods such as Mindfulness-Based Cognitive Therapies, Family and Relationship Therapies, and Behavioral Activation are also used, and they can be very effective[1].