Family Constellation Therapy: Do We Share Our Family's Fate? 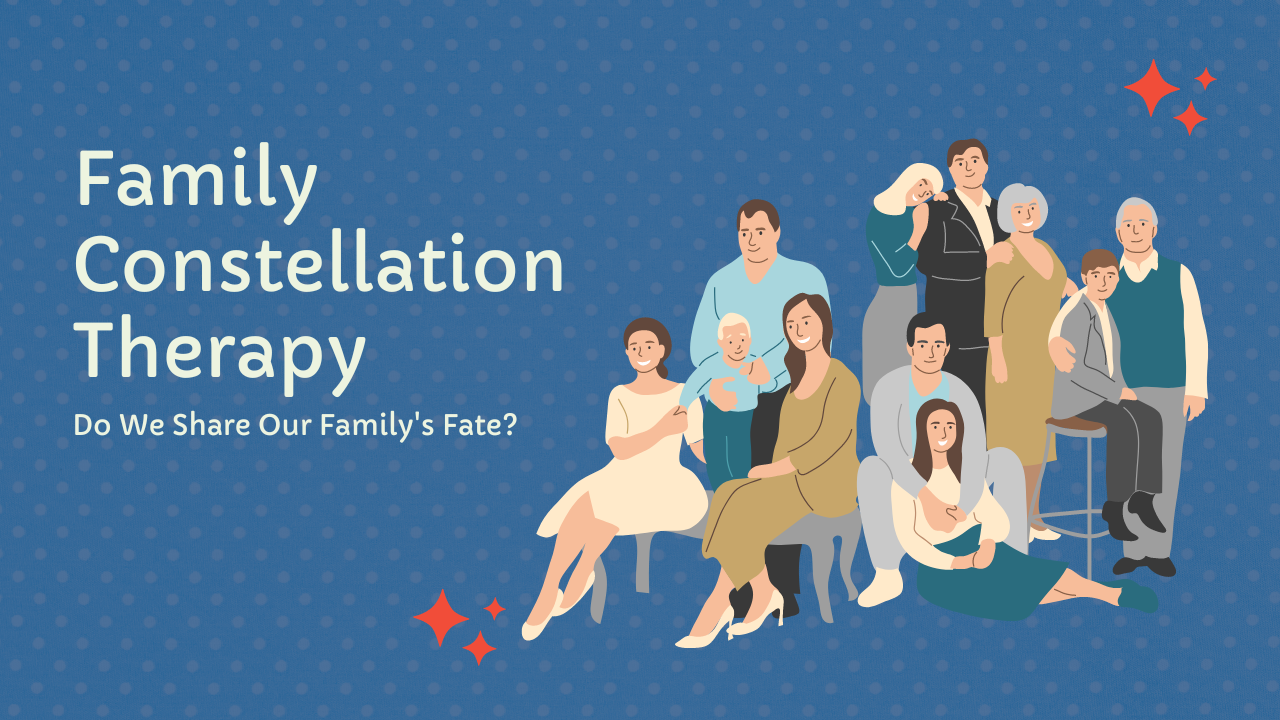 Is It Possible That We Share Our Families' Fate?

Recently, it has become common to think that you share the traumas, problems, or experiences of your family from a long time ago, and that these may be the cause of the problems you are having now. So what is Family Constellation Therapy? Is it scientifically based, or is it a popular but controversial concept with a weak scientific foundation?

What is Family Constellation Therapy?

Bert Hellinger, who had the opportunity to observe different cultural communities, introduced the concept of family constellation. After receiving psychoanalytic training following his observations, he developed Family Constellation Therapy by being influenced by Transactional Analysis, Psychodrama, Family and Group Therapies1.

Family Constellation Therapy is based on the understanding that the family has been linked to each other through generations by an invisible bond and that it has a soul as a whole. According to Family Constellation Therapy, the psychological state of individuals is determined by the family they were born into1. From another point of view, the psychological environment of the individual becomes meaningful within the family system. In fact, this environment is not looked at individually, but as part of a family system that lasts for generations.

According to Hellinger, there is only one correct order in the family system. This order is hierarchical. This correct order ensures that family members are satisfied with the system as it provides peace and stability to all members of the family. However, any disruption, break-up, or separation of a family member from the ordinary within the family can lead to problems. These problems can persist for generations. In fact, a breakdown in the family constellation can cause psychological disorders2. The problems seen in the following generations are also caused by the family of origin, where the family order is broken first. That is, the family of origin problems3.

How Is Family Constellation Therapy Applied?

A short interview is held with clients who actively participate in Family Constellation, about their family background, and homework is given to determine the family tree. With the information obtained from the short interview, it is decided what kind of family system will be established in Family Constellation Therapy. For example, it is important to decide whether to recast the current family today or to repeat a family system from the past4.

Another supporting view considers Bert Hellinger's method as an ultra-short-term solution. They claim that you can get to the root of the problem and solve it quickly5.

Critics have expressed the following concerns: Bert Hellinger's theory of family constellation is based on a patriarchal view of the family, which leads to the conclusion that any problems in the family are the partner's fault. Hellinger expresses that he believes that sexual orientation is not a natural and unchangeable aspect of one's nature but a disease that needs to be treated. He says that a family synopsis workshop helped him cure a person of this "disease."

There are individuals who report experiencing obsessions and psychological problems after participating in Hellinger's Family Constellation Therapy. This suggests that this therapy is contrary to the most important principle in psychology, First, do no harm6.

The article does not include information about how the individuals' treatment continued and their personal experiences during the three months that they participated in Family Constellation Therapy. Therefore, different variables may have been effective in the healing process. Therefore, it would be more beneficial to carry out the studies only to see the effect of Family Constellation in the scientific literature.

In another study conducted to understand the effects of Family Constellation, the biographies of professional classical music composers were examined, and it was found that the first-born children of people who had musicians in their families generations ago had a significant difference in composing classical music8.

However, this research is also controversial because, just like physiological diseases or physical characteristics, artistic abilities can be passed on genetically. It is possible for people who usually have musicians in their family to be inclined towards music with the effect of learning and being curious, and also to have a special talent in this field. Also, the genetic transmission of a trait does not make it just about the family constellation. In addition, more scientific data is needed to explain only the musical composition of the first children with family constellation, because despite the claim that traumas, problems, or characteristics are genetically shared in family constellation, how there is a systematic transfer and interaction has not been explained with sufficient information. This, in turn, causes the Family Synthesis Therapy to be approached with suspicion.

One of the most important events that made the concept of family constellation and this therapy popular is the Olive Tree series, which started broadcasting in 2022.

In the series, people who suffer from family traumas participate in Family Constellation Therapy, and the source of the psychological or physical problems seen in the daily lives of individuals is based on their family constellation and family origins.

Bert Hellinger's Family Constellation Method does not fulfill the vital rules of the Code of Ethics for Psychotherapists such as process, contract, diagnosis, supervision, confidentiality, alternativeness. In addition, the Family Constellation Therapy does not meet the basic criteria of psychotherapy. Therefore, it is difficult to treat this method as psychotherapy. As a result, it would be great to question the use of the method by psychotherapists and apply it in professional therapeutic institutions5.