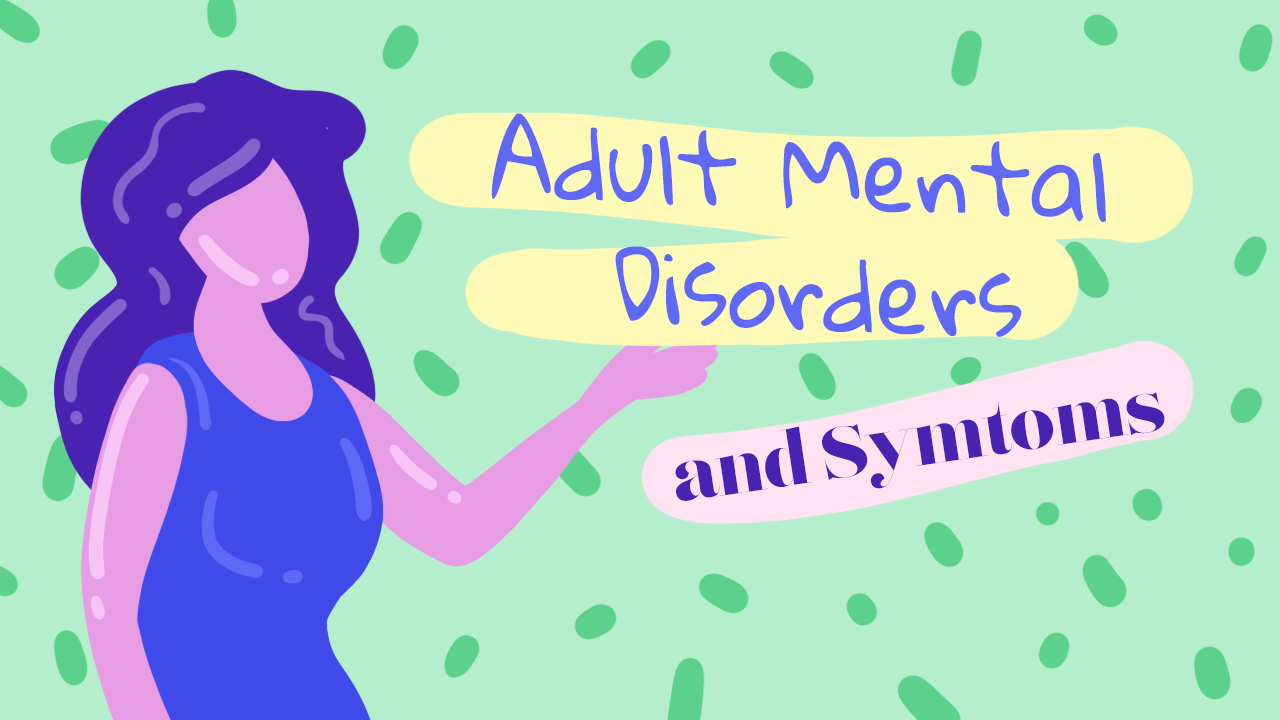 Have you ever burst into laughter with happiness? Or have you ever been terribly afraid of something that isn't real that wouldn't normally worry you? Have you ever felt down for no reason? Were there times when you got tired of everything and wanted to harm yourself or people around you, or even thought about dying? With these questions, we can start to talk about some of the most common mental disorders nowadays.

Mental health is very important. Health means a state of complete well-being in all respects. Therefore, it is necessary to emphasize mental health as well as physical health. The main causes of these mental disorders, which are frequently encountered today, are communication problems that people experience with each other. Some of the things that cause these disorders are being lonely, lacking self-confidence, not having enough love, being lied to, stress, and environmental factors1.

One of the most common mood disorders is major depressive disorder. Because depression might be confused with sadness, people ask, "Am I depressed?" Depression, or major depressive disorder, is known as a mood disorder in which pessimistic attitudes are expressed, leading to hopelessness, reluctance, and not being able to enjoy life. This situation blocks out the happiness people have and may cause reluctance and failure in their work.

For more detailed information on depressive mood and symptoms of depression, you can read our article on depression symptoms and the treatment process, which we cover in detail.

Generalized anxiety is a state of intense and constant worry. People with anxiety always worry that the worst will happen. Their tolerance for uncertainty is very low. Due to their lack of confidence, they are shy when communicating. Anxiety disorders are an umbrella term that includes many psychiatric disorders. At the heart of all anxiety disorders is anxiety. However, in anxiety disorders, the emergence and process of anxiety are very different. You can check out detailed information about the types, causes, and symptoms of anxiety in our blog post.

The most common symptoms of anxiety are as follows:

Eating disorders are disorders that result from the emotional state of individuals and are characterized by overeating or undereating. Body perception in society is among the main reasons that lead people to develop eating disorders. This common disorder includes anorexia nervosa, bulimia nervosa, and binge eating disorder, which has been described in recent years. These diseases are of psychological origin, and somatic symptoms are in the foreground2.

Being afraid of gaining weight and wanting a thin body are in the foreground. The person reduces food intake in order to lose weight. As a result, the person becomes underweight, which poses a threat to their health.

It is a disorder characterized by binge eating followed by great regret. A large amount of food can be consumed with binge eating. Self-induced vomiting, the use of certain drugs, or excessive exercise can be observed. The goal of these behaviors is to compensate for the binge eating episode.

Individuals with this disorder lose control while eating. These people differ from people with bulimia nervosa in that they do not do anything to compensate for it. After overeating, people may feel regret and guilt. However, these emotions cause them to cycle through eating3.

Bipolar disorder, also known as manic-depressive disorder, is characterized by sudden fluctuations in a person's emotions. There are very sharp and sudden changes in mood.

It is defined as an anxiety disorder that deals with obsessive thoughts of people and compulsive behaviors that arise as a result of these thoughts. An individual with obsessive-compulsive disorder tends to protect themselves and their loved ones against possible bad events. This applies mostly to obsessions.4

How to Treat Mental Disorders