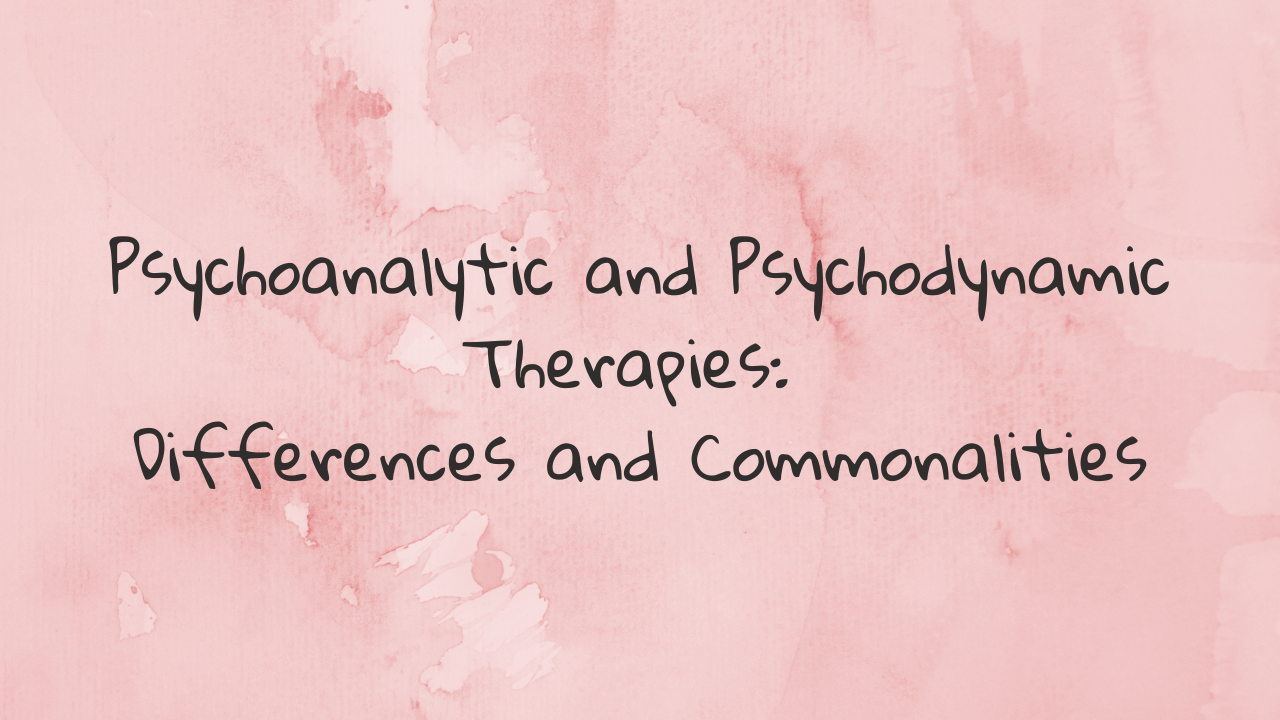 What is psychodynamic therapy? Psychodynamic therapy is talk therapy that focuses on unconscious processes observed in the person's current state. Rather than focusing on the person's overall behavior, psychodynamic perspective focuses on the effects of past events on the mental and emotional processes of the present. It allows the individual to reconcile their past experiences with the reasons they are experiencing today and to confront their past.

Psychodynamic therapy focuses on the effects of past events on present mental and emotional processes as opposed to general behavior. Psychodynamic therapy and psychoanalysis are often confused because they take similar approaches and employ similar methods. In general, both use experiences and unconscious processes, particularly those of childhood.

Throughout this process, it employs a variety of techniques to benefit from messages from the unconscious mind. It is especially recommended for those who want to solve problems they have been dealing with for a long time. Even though it does not require as much work as psychoanalysis, people suffering from psychosis should avoid it because it may be difficult.

This approach is effective in treating a number of disorders and psychological problems including:

As a result, it seeks to alleviate the symptoms of mental disorders, allowing the individual to feel better, gain insight, reclaim control of their lives, establish healthy relationships, and live a more balanced life.

The Differences Between Psychodynamic Therapy and Psychoanalysis

Because psychodynamics and psychoanalysis are related and use similar methods, they can be confused. In general, both focus on experiences and unconscious processes, particularly those of childhood. However, in order to better understand psychodynamics, we must first examine the differences with psychoanalysis.

What Can You Expect from Psychodynamic Therapy?

Assume you go see a therapist and decide to use the psychodynamic approach in collaboration with your therapist. To begin, you discuss your troubling feelings, thoughts, or behaviors with your therapist. These issues can also show up in your interactions with your therapist. Then, beginning with your early childhood, you talk about times in your past when you were in similar situations. By doing so, you are establishing a link between your current feelings, thoughts, or behavior and what you have previously experienced. Messages from your unconscious mind are useful when used appropriately. You recognize the source of your current issue. You become aware of the defense mechanisms you employ in your unconscious mind to deal with these problems and conflicts.By confronting your past, you are on your way to solving your current problems.

The expression of the first thought and image that comes to mind, as well as the emergence of unconscious feelings and thoughts

Attempting to reach the unconscious mind by showing the feelings and thought patterns that were fed towards others in childhood, in the current relationship with the therapist

After the person is transferred, the therapist reacts to them in different ways based on what they went through as a child. When necessary, the therapist also seeks supervision them.

Questioning why the person isn't revealing their unconscious, doing things that will sabotage therapy or make them resistant to change, and trying to find out the underlying reasons with the client

With the help of a therapist, a person can look at the symbols they saw in their dream, the events they went through, and the emotions they felt. This is done by using what the person thinks the objects in their dream mean. In this way, it is possible to try to get messages from the unconscious.⁠⁠⁠

Short-term psychodynamic therapy:The goal of solution-focused therapy, which usually lasts from a few to 24 sessions, is to lessen the effects of negative events that happen to a person.

Family therapy: A type of therapy that promotes healthy communication within the family.

Writing therapy: Putting one's own thoughts and feelings into writing and identifying situations that cannot be expressed verbally

Music therapy: Awareness of one's inner state with the help of music and helping to express it

Game therapy: A child's symbolic expression of feelings and thoughts through play

We include a comprehensive meta-analysis study here for those who are skeptical of the psychodynamic approach and say, I will not be convinced until I see scientific research. The study, compiled by Shedler (2010) and consisting of 17 meta-analysis studies, sheds light on the subject with its vast scope. To demonstrate the study's breadth, it consists of eight meta-analyses that included 74 studies on psychodynamic therapy alone. The study compares the effect sizes of four main groups (standard deviation of the difference between the experimental and control groups): general psychotherapy, cognitive-behavioral therapy, antidepressant intake, and psychodynamic therapy. As a result, while minor effects/changes in antidepressant intake were observed, average and substantial effects were observed in all therapy meta-analyses. Although the comparison of therapeutic approaches varies from study to study, we find that most meta-analyses involving psychodynamic therapy are quite effective, if not robust.