What is Schema Therapy? What Are Maladaptive Schemas? 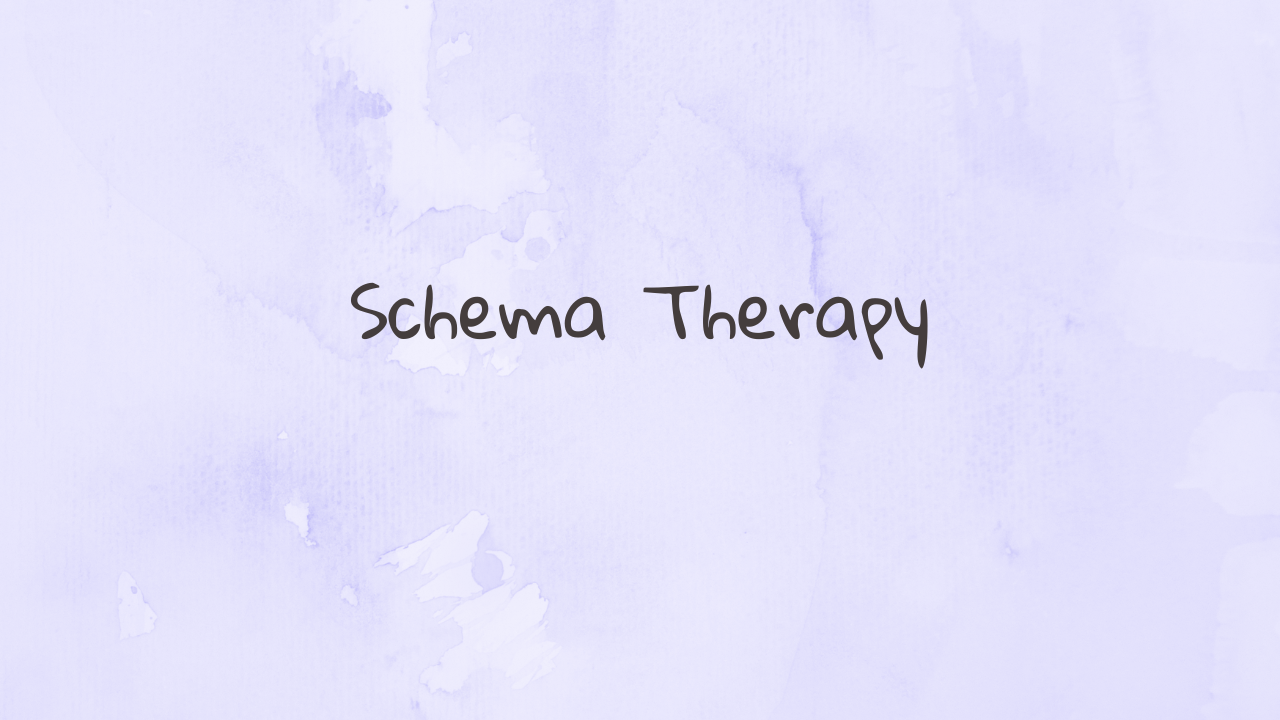 Schema therapy is a holistic psychotherapy model that was developed by Jeffrey Young and his colleagues in the mid-1980s and has continued to be developed ever since. Because it was developed as a modification of classical cognitive-behavioral therapy to address conditions where it was ineffective, understanding schema therapy requires first learning about the history of cognitive behavioral therapy and therapy approaches.

In comparison, cognitive-behavioral therapy focuses on current thought patterns while schema therapy focuses mainly on the root of the problem and the lingering effects of these patterns on our early lives. Schema therapy, as opposed to cognitive-behavioral therapy, addresses childhood experiences, distorted thoughts, and behavioral issues, as well as difficult emotions and the therapeutic relationship in which the therapist takes on the role of parent. Although the cognitive behavioral approach is based on schema therapy, many other approaches are also used, including gestalt, attachment, psychoanalysis, and object relations.

Schema is defined in psychology as our behavior and thought patterns about ourselves and our environment that date back to our early childhood experiences. Their origins can be traced back to three distinct events. The first reason is that basic emotional needs are unsatisfied. The child's five basic emotional needs are not fully met here: secure and stable attachment, autonomy, the ability to express feelings and needs, spontaneity and play, realistic boundaries, and self-control.

The second reason is linked to early childhood experiences. A child's schema can form if they are deprived of basic parenting values, particularly love, are hurt, use their parents' lives as a model due to selective internalization, or try to meet their needs more than necessary.

The third reason, emotional temperament, addresses the fact that everyone has a different temperament and is affected differently by their environment. While one child may become withdrawn as a result of emotional violence, another may become aggressive as a result of temperament differences, demonstrating that different schemas in children can be triggered. When we look at early maladaptive schemas, a subset of the schema, we see that these are patterns that begin in early childhood, develop and have negative effects on the person's life. As a result, the schema therapist addresses all of these causes and maladaptive schema types.

There are a total of 18 incompatible schemas classified into five categories.

Believing that you will be abandoned by other people, not finding others reliable

Believing that one's emotional needs, primarily protection, care, and empathy, will not be met by others

Believing that you will be deceived, lied to, or abused by other people

Seeing yourself different from others, not being a part of any group, feeling excluded and lonely

Feeling defective, useless, and worthless; being overly sensitive to criticism, blame, and rejection

2. Impaired Autonomy and Schemes of Failure

The vulnerability schema is a maladaptive schema that shows how worrying too much about unexpected things and coming up with disaster scenarios right away is not helpful.

The dependency schema is about how hard it is to solve problems without help from others and how helpless you feel when you are by yourself.

Failure schema is a maladaptive schema that indicates a person's feelings of failure in life and their belief that they will never be successful.

Inability to fully individuate, being dependent on parents or loved ones, needing constant support from others

Seeing yourself superior to other people, disregarding rules, believing that you are always right and privileged, being in a competitive relationship with others

Quickly giving up, not being disciplined, not being able to delay personal gratification, avoiding facing responsibilities

Worrying about the needs of others by sacrificing yourself, feeling guilty when you focus on yourself

Needing the approval of others to make a secure and correct sense of self, overvaluing the opinions of others

Shaping one's own wants and needs based on other people's demands in order to avoid feelings such as giving control to others, being abused or abandoned

The high standards schema refers to having high expectations of oneself in all areas, being unable to relax because these expectations are never met, and displaying a critical and strict attitude toward oneself.

Emotional inhibition schema refers to suppressing one's own emotions in order not to be seen as bad by other people and considering emotions as unimportant.

Ignoring the positives and focusing on the negatives, being afraid of making mistakes, complaining, constantly worrying

Being intolerant to and angry with oneself or other people who do not meet their own standards, believing that mistakes must come at a price

We can explore the use of schema therapy in two stages. The first stage includes information about schema therapy. The schemas in a person and how they are dealt with are determined through mutual dialogue, form, or emotional techniques. Long-term schemas are dealt with in the second stage using techniques involving cognitive, emotional, behavioral, and therapeutic relationships. During this process, the person's schemas are questioned alongside the therapist, and the thought errors that the person has made and continues to make are discussed. By allowing the person to make sense of their past in light of new information, a bridge is built between the past and the present. As the person becomes aware of these schemas and reconciles with their past selves about their experiences, the schemas lose some of their power.

Techniques in schema therapy are classified into four types. We can provide examples of commonly used techniques such as schema journaling and coping cards as cognitive techniques, imagery applications as emotional techniques, various assignments as behavioral techniques, and empathic confrontation as a therapeutic relationship technique.

When a schema is triggered, a journal with a few sentences is written next to certain items. In this way, the person gets to know their schema and themselves better, and they begin to gain the ability to view the event realistically. Triggers, emotions, thoughts, real behaviors, schemas, healthy outlook, realistic concerns, overreaction, healthy behavior should all be written down in the journal.

When confronted with a potentially difficult event or situation, the card is prepared to deal with it. This card includes the emotion elicited by the event, the schema that triggered the person, the realistic point of view, and the solution suggestion. When the person is confronted with similar events, they become immune to such events over time by reading the coping card they prepared for themselves.

Schemas are triggered in an imaginary way. This technique can be used to heal traumatic memories from childhood or later in life, as well as to prepare for a future event.

Role-playing, assignments, activity planning, problem-solving, and relaxation exercises are some of the techniques that can be used. If the confrontation method is used, for example, the person scores their prior expectation of an event or situation that they avoided in their schema. Later, realizing that the emotion they are experiencing is not as frightening as they had previously imagined, they change their behavior to mitigate the effect of their schema.

The therapist attempts to understand the client by empathizing with the client whose schema is triggered during therapy or in everyday life. The goal is for the client to move away from their defense mechanisms and gain the ability to view the event or situation more realistically.

What Disorders Is Schema Therapy Used For?

While the effectiveness of schema therapy has been demonstrated, particularly in the treatment of individuals with borderline personality disorder, therapists can use schema therapy methods for clients suffering from a variety of conditions such as chronic depression, eating disorders, post-traumatic stress disorder, relationship problems, substance abuse, and anxiety.