The Psychology of Immigration 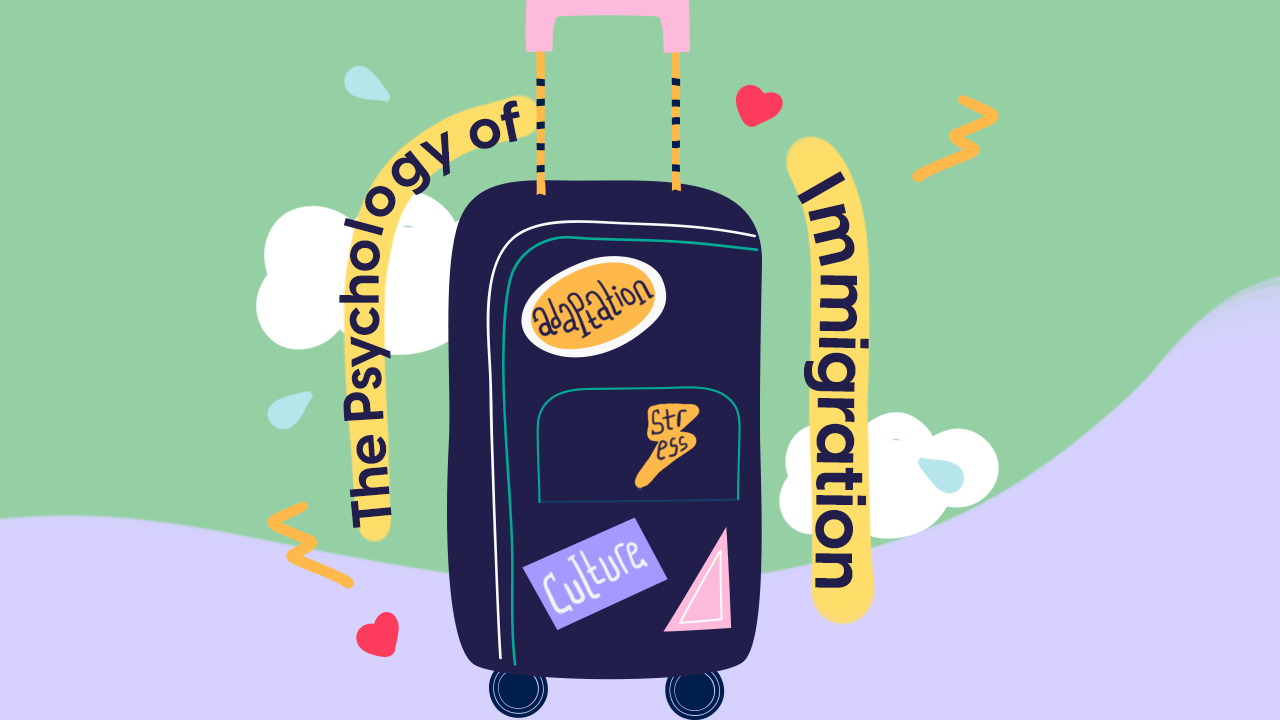 When immigrating to a country, the adaptation process to the host country can be stressful in many ways. One of the causes of this stress is acculturative stress. It refers to the difficulties that these immigrants face as they adapt to the host country.

Adapting to Western lifestyles has significant effects on the mental health of many diverse immigrant groups. For example, one study showed that adapting to western food habits produces adverse health outcomes such as chronic diseases in ethnic groups such as Italians, and eventually leads to depressive symptoms. Weaker cultural orientation towards the host culture is associated with more depressive symptoms, particularly in older immigrant adults.

It has been found that the lack of social support that often accompanies the migration and settlement process and the inability to reach the desired economic status negatively affect the psychological state. Learning how to cope in this new country with limited post-migration social support is part of the acculturation process, as immigration has disrupted many of the traditional supports that immigrants enjoy in their home country. Immigrants may have less access to social support and may not be able to benefit adequately from mental health services in the new country due to language barriers, transportation problems, and linguistically and culturally inappropriate services.

A supportive, protective, and welcoming environment is also essential for maintaining physical and mental health. Lack of community participation is related to health problems and diseases in migrant adults, children, and youth. Besides language proficiency, participation in cultural activities was found to be positively associated with social competence and negatively with adjustment problems among immigrant children. Acculturation-related stressors, including loss of social support during the migration process, can affect mental health. Immigrants' mental health is affected by negative employment experiences during the settlement period and the resulting economic difficulties. Ethnic discrimination can also contribute to depression and psychological distress. It can also lead to barriers to benefiting from mental health services.

As it has been mentioned so far, it is emphasized in the literature that immigrants generally face stress factors and difficulties more than the citizens of that country; therefore, they display a higher tendency towards pathologies such as depression and anxiety. We wanted to look at this issue from the perspective of positive psychology, as opposed to the point of view of people, who have mastered psychology for many years, about what is wrong. From this point of view, do immigrants have worse mental health than those who were born citizens of that country?

Citizens born in that country, especially in more affluent societies, are generally happy and are reported to have above-average well-being scores, but is this any different for the immigrant population? Despite a variety of stressors, decades of research across various disciplines has found that immigrants perform better than non-immigrants. This phenomenon is called the immigrant paradox. Indeed, immigrants, especially new immigrants often have better health profiles than natives. Studies show that the immigrant paradox is supported in terms of physical, psychological, behavioral, and educational consequences. Comprehensive studies have revealed that most immigrant groups exhibit higher life satisfaction than individuals in their home country and life satisfaction levels similar to individuals born in the country they migrated to. These effects appear not only after controlling for immigrant selectivity (the hypothesis that immigrants who migrate to a new country are selectively healthier than those who stay in their home country), but also for immigrants from countries with low average life satisfaction (e.g. Iraq, Ukraine, Bulgaria, Zimbabwe) and those from countries with relatively high wealth (e.g. Australia, Germany, New Zealand).

Furthermore, findings from the World Happiness Report, which assesses happiness among immigrants residing in 113 countries, found that immigrants' happiness levels were nearly identical to those reported by the culture they migrated to. Contrary to the findings presented over many years, all this information provides strong evidence that immigrants report positive psychological health in their new country and do not experience worse well-being compared to their native peers.