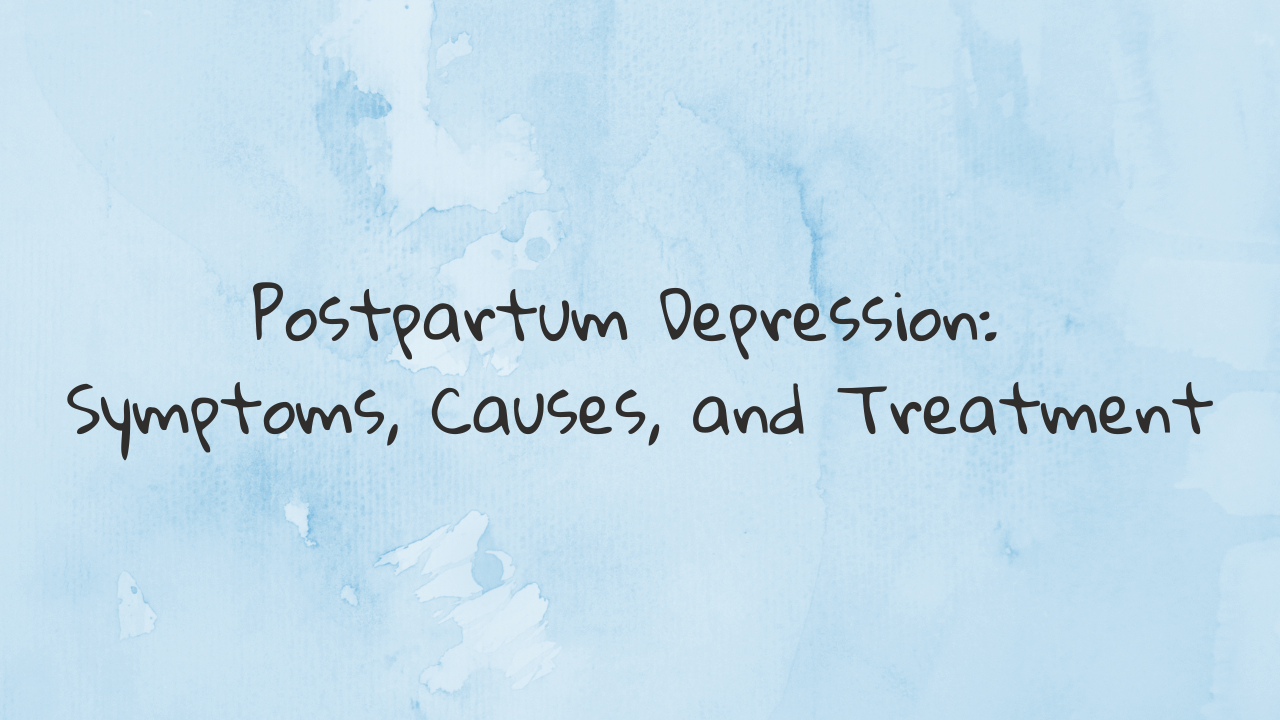 For many people, pregnancy and postpartum are very beautiful and special times. Mothers who want to hold their children and feel excited face a very sensitive and risky period in their mental health. Although there are numerous mental health issues that can arise during this dangerous time, the most well-known is postpartum depression. It is also referred to as puerperal depression or postnatal depression.

During this time, mothers go through a lot of physical changes. Aside from all of these physical changes, the fact that one is a mother, as well as the responsibility and difficulty of being a mother, creates significant pressures. This is a time when everything is changing. These changes make it difficult for mothers to cope. In terms of psychiatric disorders, the first year after birth is regarded as a high-risk period.

While some women adjust to the changes that come with childbirth, the other half struggle during this time. These postpartum issues are classified into three categories: baby blues, postpartum psychosis, and postpartum depression.

A significant proportion of women who have recently given birth suffer from baby blues. Baby blues symptoms appear on the third or fourth day after birth and last between 1-2 days and 1-2 weeks. Mild symptoms are observed, and most new mothers experience this. 60-70% of mothers suffer from postpartum depression.

Postpartum psychosis is the most severe psychiatric disorder that can occur after childbirth. Mothers with this disorder exhibit suicidal thoughts and behaviors toward themselves and their babies.

Because many women believe they should be happy after giving birth, they feel guilty and try to hide their postpartum depression from everyone. Postpartum depression is easily overlooked because of this embarrassment and hiding. To avoid being overlooked, it is critical for the family to support and closely observe the mother after the birth.

Knowing the risk factors for postpartum depression ahead of time is critical for protecting new mothers and babies. According to research, the following are the major risk factors:

Given that these biological changes occur in every woman who gives birth, but not every woman who gives birth develops postpartum depression, it has been determined that psychosocial factors play a role in this condition. It is well known that factors such as a person's stress, interpersonal relationships, and social support systems are effective. Postpartum social support is especially important for mothers, and if it is not provided, the mother's stress and anxiety will skyrocket. There is a social support lack for mothers suffering from postpartum depression.

How to Overcome Postpartum Depression

Although the duration and timing of depression vary from person to person, seeking treatment shortens this time. Many studies have shown that both therapy and medication are effective treatments for postpartum depression. The mother's feelings will be understood and the problems she is experiencing will be resolved as the first goal of therapy. Developing the mother's confidence and providing the mother with the necessary support are critical for overcoming postpartum depression.

There are things that the family must do during this difficult time for the mother. First and foremost, the mother must rest and receive support from family members. Mother and baby should not be separated during postpartum depression. The father and family bear the most responsibility in this situation. They should take on the responsibility of continuously supporting the mother and developing the baby-mother relationship. The father should support his wife and child, as well as take over housework and child care.